There are many local and state incentives to encourage the adoption of solar energy.  But there’s one that outshines them all: The Solar Investment Tax Credit.  Also known as the ITC.

This federal incentive in a way kick-started the solar energy boom in America that persists today.  This is one of the single most powerful tools we’ve had in promoting the adoption of solar.  Since the passage of the ITC in 2005 there’s been a 10,000% increase in the amount of solar in the United States.  Each year the U.S. sets a new record for solar panels installed with now more than 23 million homes powered by the sun and over 230,000 Americans employed in the solar energy space.  The ITC has been a game changer.

The ITC was originally signed into law by the Bush Administration in 2005 and was scheduled to last for only 2 years. Its immediate popularity and economic impact impelled Congress to extend it multiple times.  Most recently the ITC was scheduled to expire for residential systems in 2023 but with the passage of the Inflation Reduction Act it’s not only been increased back to the original 30%, but has also been extended until 2033.

Here are a few key points to help understand how the ITC works and why it’s been so effective:

Some local, state and utility incentives exist in addition to the ITC.  And some of them can impact the amount of ITC you’ll be eligible for.  Here are a few of the ways in which additional incentives can combine with and impact the ITC:

With the U.S. setting increasingly aggressive clean energy goals its understandable that the ITC was extended.  As the single most lucrative incentive it has contributed significantly to the achievements in the solar industry to date.  The amount of solar has grown by 33% annually for the last decade (nearly 800,000 Americans adopted solar last year alone, as well as many of our largest businesses and institutions) and despite this solar still powers less than 5% of the utility grid.  With the passage of the Inflation Reduction Act and the resulting increase and extension of the ITC we can look forward to continued growth of solar in the U.S. and the resulting benefits to our health and our economy.

If you’re interested in learning if your home will qualify for a solar system, and how you can take advantage of the Investment Tax Credit, click here (link to the lead form).  A Clean Power Club Advisor is ready to help you take the first steps today. 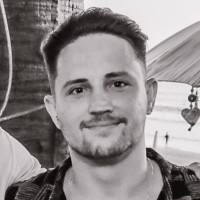 Until solar none of us have had the option to prepay for our electricity.  We…

For those who are eligible, SRECs might be some of the best solar incentives available. …